Stops me from getting out 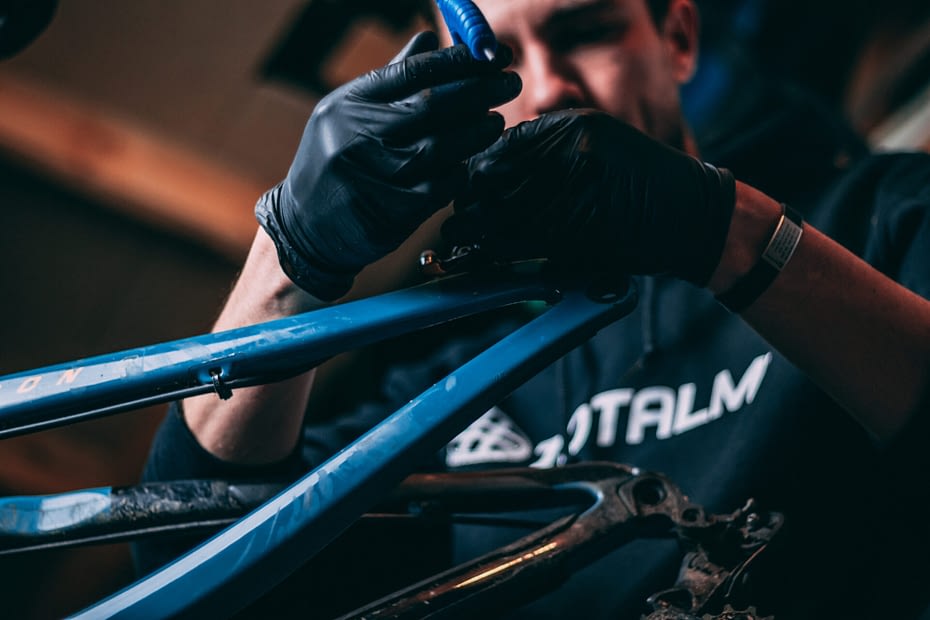 It’s not often that I don’t ride my bike. I work full time so I don’t get out as much as I’d like, but almost every weekend there’s a day I dedicate solely to the bike. During work holidays, I’m sometimes able to get two or three rides in during a week. When I’m not riding or working, I’m usually writing, drawing or reading about bikes. I wouldn’t say it consumes me – I’m really into photography and have a few other hobbies too – but it certainly occupies a large portion of my thoughts and time.

Every year there’s something around this time that pops up and stops me from getting out. This last couple of weeks it’s been a family holiday (which I very much enjoyed) and a dodgy brake. Initially, I thought the brake might be a quick fix and so I tried a bleed. It didn’t seem to make much difference so I tried another. Still nothing. In the end, I went out on a ride with a really spongy rear brake which only seemed to get worse throughout the time I was out. By the time we were done with the ride, the lever was pulling all the way to the bar and the rear brake was almost non-existent. I knew it was time to stop when I nearly binned it into a tree.

My first bike, a Specialized Camber, was bought from Evans Cycles in York and that’s where I took it when I had any mechanical issues. I managed a few crashes on it, including a bent rotor (although I did just swap that myself) and a buckled wheel. I didn’t really know much about bikes and I certainly didn’t know that there were any independent bike shops kicking about so Evans was the logical choice.

Inevitably, I got more and more into biking and found there was a bike shop relatively nearby – Twisted Cogs. On two separate occasions it was recommended to me by friends. I figured it must be a decent shop if these two knew about it so around this time last year, after crashing the bike in the worst crash to date, I booked the Bronson in for a full service. Rich and Tom (the two chaps who recommended the shop in the first place) weren’t wrong: the bike came back feeling brand new. Confusingly for you, Twisted Cogs is operated by a totally different chap who happens to also be called Tom. He’s a decent bloke from what I know of him. I have little to no idea about mechanics so when I chat to Twisted Cogs Tom it’s nice to know that he’s sound and isn’t just going to rip me off. Last year he gave me a full A4 side of paper detailing exactly what he did with the bike and a full price breakdown. That sort of thing really is up my street.

This year when I contacted him, he said we’d have a chat about what needs doing (and what doesn’t) when I drop the bike in. So, I guess along with Rich and Tom, I’ll be recommending Twisted Cogs to others too.

Oh, and the pictures used throughout this piece are of me changing brake pads and putting my pedals back on my bike. I can manage that. I’ll leave the proper stuff to the shop.