Once this is all over, we’ll get out on a mega ride 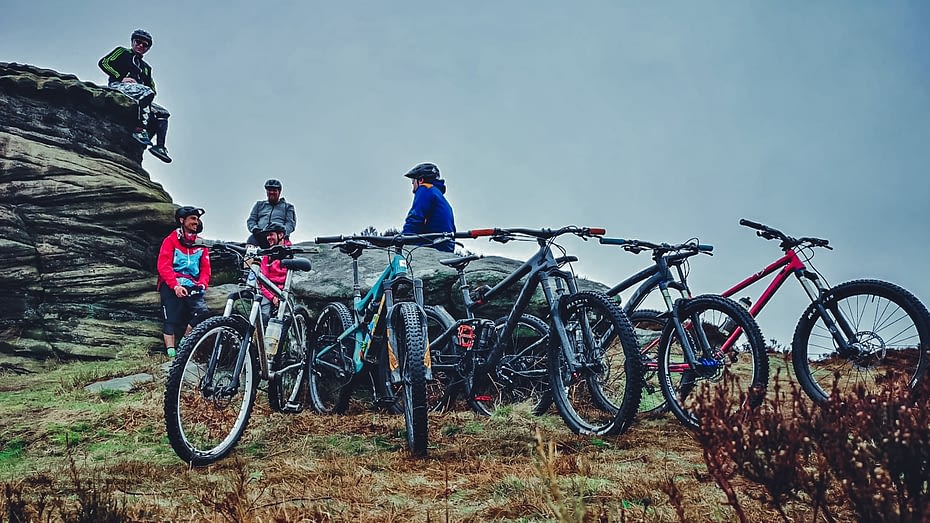 “Once this is all over, we’ll get out on a mega ride.”

A few people have said that to me now. It seems a common thread in conversations in Instagram DMs, across WhatsApp groups, and on Twitter. The weather has finally turned and it’d normally be prime time for a goos set of trails and a ride with a few mates. It’s about this time that I get the annual service sorted on the Bronson too so that it’s running sweet in time for MTB Meetup. Obviously, this year it’s a little different.

Over this time I’ve learnt quite a lot about myself. Being indoors most of the day, or being sat in the garden whenever I can escape from the desk where I’ve been working from home, has certainly helped me learn some lessons. I guess I’ve taken a lot for granted.

Right before non-essential travel was locked down, I’d missed three weekends worth of planned riding. Either I was feeling under the weather, the actual weather was no good, or I just couldn’t be bothered. Now, I wish I’d taken the chance to go ride on all three of those occasions. Don’t get me wrong, I’m not moaning. After all, I’m in the very fortunate position that my job is classed as a ‘key worker’ (although I’m not convinced it’s all that key at the minute and certainly don’t see myself as someone putting in risky work like some others). That means my salary is unaffected and things, other than not being able to get out for a proper ride, are pretty normal. I’ve been for a spin on the local hills but the Yorkshire Wolds are rolling and there aren’t any single track options for descents around here. At least, not that I’ve found yet. Once this is all through with, I’m sure I’ll appreciate the good riding we’ve got only a short drive away properly.

Above: some of the many, many good times with others on the trials.

I’ll also resist moaning about work as much as I can. It turns out that I thrive on routine. Take away a purpose and I’ll lounge around for a few days before I realise that I need to force myself into somehow being productive. Of late, I’ve been saying “I’m going to work now.” Leaving downstairs to go sit at the desk and force myself into action at that point has been helpful. It’s easy to get sidetracked but it’s not been too bad considering there are always emails to respond to or things to sort out. On the few days where I’ve actually left the house to go to work properly, I’ve been incredibly thankful for the social interaction between the team there. It’s not unusual for us to get along but I certainly appreciate the laughs a little more now.

And the online community around mountain biking can’t be forgotten, of course. Having a good old natter to you all has been a really pleasant thing. Seeing some of your home skills practices, or watching your GoPro footage of local rides has meant that bike stuff hasn’t totally disappeared for me. Twitter, Instagram and all those other social media places have often been things that I’ve thought about leaving behind for a bit – after all they either steal your time or they seem to be filled with negativity. As is, they’re a great opportunity to connect with the wider world and realise that things for most of us are still pretty normal. That’s very much a good thing.

So, when this is all over, let’s really go for a massive ride and appreciate the bikes, trails and each other.